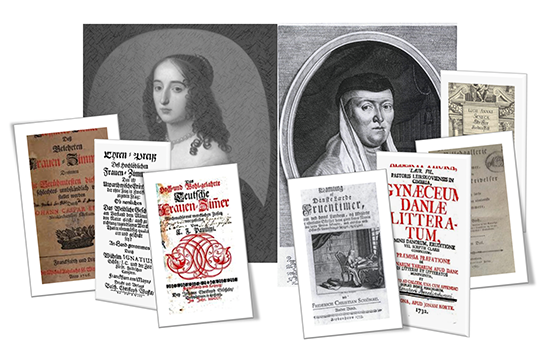 The investigation focuses on the Danish and German context 1650-1800. The sources to be investigated comprise the genre of the so-called lærde fruentimmer and Gelehrte Frauenzimmer, as well as the writings of two outstanding female philosophers from Denmark and Germany, namely Birgitte Thott (1610-1662) and Elisabeth of Bohemia (1618-1680).

This project concerns the Danish philosopher Birgitte Thott (1610-1662), who was considered the most important female philosopher in Denmark during the Early Modern period and was a fixture in the Danish catalogues of learned women (lærde fruentimmer) popular in the 1700s. A prominent translator of Seneca and the author of an unpublished treatise of moral philosophy, Thott has now been almost completely lost to history. Likewise, the learned women genre fell out of favour in the Modern era, along with its valuable insights into not only the female thinkers it catalogued but also the catalogue authors’ own conceptions about philosophy, gender, translation and intellectual identity. This project seeks to rectify a great deal of academic neglect, from that done by modern philosophy scholarship toward Thott and the genre lærde fruentimmer and, more broadly, toward gender as a topic of analysis.

The focus of the project is to dive into the gender debate that occurred in 17th Century Germany with the emergence of the genre Gelehrte Frauenzimmer; a genre that has been grossly overlooked in the historiography of early modern philosophy. The aims of this inquiry are: 1) to put the texts belonging to this genre under systematic philosophical investigation and make the content of these studies available to the academic public, 2) to reveal the assumptions about women intellectuals that were dominating in the early modern period, and figure out how they have played a role in the formation of a female intellectual identity. 3) And to determine whether any negative notions of female intellectuality and prejudices about women as a group have persisted to this day and continue to hold women back from contributing to the philosophical canon.

This project focuses on the writings of the famous German born woman philosopher, princess and abbess of Herford abbey, Elisabeth of Bohemia (1618-1680). Her extensive letter exchange will be investigated in order to answer the following question: How did Elisabeth conceptualize herself as a woman intellectual? The research on Elisabeth’s thought used to focus much on her letter exchange with the French philosopher René Descartes. Less work has been spent on Elisabeth’s reflection on her own identity as a famous intellectual at a time that did not allow women to enter university and to participate fully in the learned world. This research will provide new results, as it will take into consideration Elisabeth’s wide correspondence with family members and other learned men and women of her time, i.e. Constantijn Huygens, Andreas Colvius, Samuel Sorbière, Anna Maria van Schurman, Robert Barclay, which is generally overlooked in modern scholarship.

This research project will complement the existing three sub-projects by providing a wider Scandinavian context, focusing on Swedish poet and philosopher Hedvig Charlotta Nordenflycht (1718-1763). Previous research on Nordenflycht has explored her achievements as a poet, but this project provides new insight by examining how she conceptualized and presented herself as an intellectual and philosopher. Specifically, the project focuses on Nordenflycht’s public intellectual exchange with other writers as an important aspect of how she created her intellectual identity. The texts considered include Nordenflycht’s famous proto-feminist poem Fruentimrets Försvar (The Defense of Women) written in response to Jean-Jacques Rousseau, in which she makes creative use of the lærde fruentimmergenre, as well as poems directed to Ludvig Holberg, Carl Klingberg and Birgitta Lange.

Women in the History of Early Modern Philosophy, Neglected Figures, Genres and Topics

More details about the workshop

More details about the workshop (pdf)

Histories of Philosophy in a Global Perspective

The Philosophical Foundations of Women’s Rights: A New History, 1600-1750