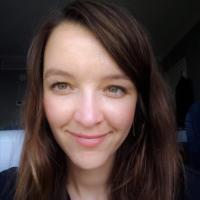 I am a communication scientist and media scholar with a special interest in political communication, digital media, visual communication, and media effects. Currently, I am part of the international H2020 ‘Invent’ project in which we investigate European citizens’ understanding of and participation in cultural activities and study the role that culture plays in the modern, globalized, and digitalized world. As a member of the Danish ‘Invent’ team, I am primarily engaged in the collection and analysis of large-scale digital data via web scraping. Between 2016 and 2020, I worked as a post-doctoral researcher in the ‘Europinions’ project at the Amsterdam School of Communication Research, in which we assessed the causes and consequences of public opinion towards the European Union.

Much of my work relates to the changes in citizens’ modern life due to the increasing challenges associated with globalization and digitalization. I have engaged in research on youth digital media use and participation, interpersonal political discussions online, and the mediating role of emotions for political marketing on social media. I have also studied mis- and disinformation perceptions and worked on right-wing populism and anti-immigrant attitudes. In many of my studies, I rely on experimental research methods, survey designs, large-scale content analyses, and eye-tracking methodology, and I mostly use quantitative methods of data collection and analyses. I have taught BA and MA courses on, for example, public opinion formation in the digital society, strategies and effects of public service announcements, political advertising content and effects, political election coverage, and visual communication.