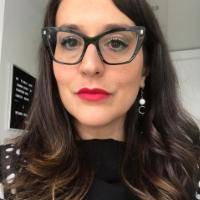 I have been working as an Assistant Professor of Rhetoric in the Department of Communication at the University of Copenhagen since 2018. I received my BA (2005) and MA (2007) in Communication Theory from the University of L’Aquila in Italy, and my Ph.D in Communication (2014) from the University of Washington in Seattle, where I worked between 2008 and 2014 as an International Fulbright Fellow. Before moving to Denmark, I also worked as a Post-Doctoral Fellow and then as Lecturer in Communication Studies at Northeastern University in Boston, between 2014 and 2018. My positioning and training as a south European scholar trained in the USA and working in Scandinavia enables me to build bridges between different communities of rhetoric scholars and different approaches to rhetorical studies. My international training also translates into my commitment to foster a diverse, inclusive, and multilanguage learning environment in my teaching as well as in my advising and supervision.

I am a critical-rhetoric scholar studying public discourse and controversies emerging at the nexus of science, politics, and publics. In my research, I engaged with rhetorics showcasing the potential to bridge publics across media platforms, locales, and discursive spheres, but I have also carefully unpacked prominent public cases where rhetoric failed in that task, engendering high-profile public communication breakdowns. Overall, I work with case studies at the crossroads between rhetoric of science, political rhetoric, and activism––my three main areas of specialization in rhetorical studies. I am also interested in the rhetoric of space of place, material rhetoric, rhetorical fieldwork, and new materialisms in rhetorical studies. My scholarship, as is typical of rhetorical criticism, generally illuminates case studies while also building rhetorical theory. Specifically, I have published in these areas:

In these last years of global pandemic and climate crises, I have been focusing on studying the challenges to discourses of scientific expertise in contexts of crisis, exploring the emergence of science-related populism and its relations to far-right populist rhetoric, as well as the public work of scientists (scientist-citizenship, scientist-activism, and scientist-rhetors) and the lay publics’ engagement with science-based discourse and advice. I’m currently working at a book project about science, politics, and activism exploring the intersections of all these interconnected threads with the goal of improving the public communication and understanding of science.

I publish in international rhetoric, argumentation, and communication journals, such as Rhetoric and Public Affairs, Poroi: An Interdisciplinary Journal of Rhetorical Analysis and Invention, The Journal of Argumentation in Context, Interface: A Journal for and about social movemenets, Comunicazione Politica, Javnost: The Public, Res Rhetorica, well as in many edited peer-reviewed collections. I also write in public outlets like Retorisk Arena or the SERCC (Social Epistemology Review and Reply Collective), and I also engage in public local-oriented public dissemination activities. Finally, I regularly present my research in international academic conferences including the Rhetoric Society of America, Rhetoric Society of Europe, and Nordisk Retorikksforening biennial conferences or the National Communication Association, International Communication Association annual conventions, and also specialized academic events such as the SECAT (Scientific Expertise Communication and Trust) conference and others.

I regularly supervise bachelor projects and master thesis, working closely with students in the Section of Rhetoric. Topics of particular interest when considering me as your future advisor include but are not limited to: