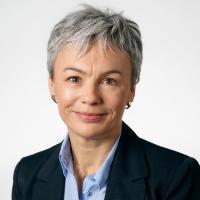 My primary research interest concerns rhetoric's role in public life. I am especially interested in how rhetoric reveals the norms undergirding messages and discussions in the public realm, primarily in a political context. This is why I do most of my work in these areas:

My current research is on

At the BA level I have taught courses such as:

Introduction to Rhetoric, Speech Workshop, Public Speaking, The Philosophy of Science in Rhetoric, Rhetorical Criticism, and the elective: Apologia and Official Apologies.

At the MA level I have taught courses such as:

Rhetorical criticism and the elective Rhetorical Topic in these instantiations: Rhetoric and the Postmodern, Rhetorical Citizenship and The Rhetoric of Official Apologies.

At the doctoral level I have taught various courses in Denmark and Sweden on topics including rhetorical criticism, rhetorical agency, political rhetoric and rhetorical methods of analysis.

My most recent advising at the BA, MA and Ph.d. levels has been on these topics: