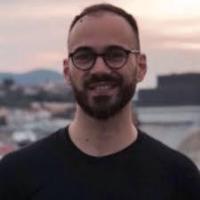 My research focuses on European co-productions and co-production treaties. I am particularly interested in exploring the interplay between Europeanization and globalization as well as the interplay between politics and industry that have been determining co-production practices and policies in the past ten years. My PhD project deals with what I identify as the second generation of co-production agreements which includes a corpus of recent and innovative co-production arrangements that keep pace with globalization, technological revolution and paradigm shifts within European audiovisual policies. The official title of my dissertaton is "The second generation of co-production agreeents in Europe". I am conducting my research under the supervision of the Associate Professor Eva Novrup Redvall. The project started on September 1, 2015 and ends on August 31, 2018.

In 2016, I co-founded the International Research Network (CoRN) that gathers co-production scholars and practitioners from all over the world.

Co-production and co-development treaties and agreements

I have independently created and taught the following course at the MA level: