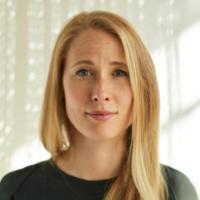 My research is a part of the larger project The Peoples' Internet (PIN) led by professor Klaus Bruhn Jensen. In short, PIN combines population surveys, big data analyses, and ethnographic fieldwork as it compares the state of the internet in three centres of the global economy and world politics – China, Europe, and the United States – focusing on the interplay of civil society with the other two key sectors of modern societies: market and state. Read more about the PIN project here: (peoplesinternet.ku.dk).

The PhD project develops an ethnographic multi-method approach examining the role of the Internet in everyday life communications through comparative studies across research contexts. The purpose of the fieldwork is to map the social uses of the Internet as they relate to the dimensions of The Peoples’ Internet (PIN) – cultural tradition, regulation, and technology – in Denmark.

The fieldwork is designed to map how individuals communicate across a proliferation of multiple everyday contexts and media, thus adding microscopic understandings of communication dynamics to PIN’s focus on the macroscopic interplay of civil society, market, and state. As such, my project targets the various means of communication that include the Internet as one of the many ways people relate to each other.

I have, since 2014, taught and supervised at the BA and MA levels in the following areas:

As a part of the PIN-project, my research targets the ways in which social structures and contexts characterizing Danish people's everyday lives relate to different I) patterns of communication and II) social uses of the Internet (as one of many ways to communicate). The research involves the following topics:

From 2014-2016 I participated in the project Mediating Cultural Encounters Through European Screens (MeCETES) - a European project between Denmark, Belgium and The United Kingdom focusing on mediated cultural encounters in Europe and cultural processes taking place on screen, off screen, and in EU media policy. With Cecilie Astrupgaard, I generated and analyzed datasets on all fiction broadcast on national tv for the past 10 years, I developed and analyzed a national survey on TV series, culture, and values, and I moderated and analyzed a total of nine focus groups on TV series reception. With Rasmus Helles I carried out network analyses based on the distribution of TV series between 13 selected, European countries. Read more about MeCETES her: http://mecetes.co.uk