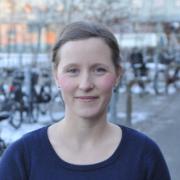 My overall research interest lies in the cross field between mass media, journalism and democracy–with a particular focus on how mass mediated public debate takes place and how journalists can help cultivate a vivid and engaging political discussion on a wide range of issues. In my work, I have identified, carefully described and critically discussed some of the emerging genres within political journalism; e.g., political commentary (Bengtsson 2014, 2015, 2016, 2018) and fact checking (Bengtsson 2019). In both cases, I have analyzed media language with a particular focus on argumentation and style in order to go into discussions about the emerging journalistic genre’s democratic and societal functions.

I primarily use qualitative methods for both collecting and analyzing data, e.g., think-aloud protocols and qualitative expert interviews for collecting data and argumentation analysis, stylistic analysis or framing analysis for doing analysis. I have developed and published articles on methods for collecting and analyzing. On protocol analysis/think-aloud methods, see Bengtsson 2018 and Bengtsson and Hoff-Clausen 2020. On an operationalization of framing theory, see Bengtsson 2019.

Furthermore, I am part of two research projects that recently have received funding:

The first project Cultural publics. A Study of the Opinion- and People’s Pages of Danish Newspapers from 1908-2018 is funded by DFF with Professor MSO Ida Willig as PI. The project aims at describing how publics have formed and come into existence in the opinion pages in Danish newspapers from 1908 until 2018. By describing who writes debate pieces and on what and how, we analyze and discuss the constructions and development of publics. The project is a cross-disciplinary effort where our different scholarly backgrounds in sociology, ethnology, political science and rhetoric help us see and combine new insights, e.g., content analysis is combined with qualitative close reading; and an institutional, structural perspective is combined with a focus on actors or performers in (media) systems.

The other project Datafied News Media – Datafied Publics? The Future of Journalism and their Publics in the Age of Datafication is funded by VELUX FONDEN’s core-group programme with Jannie Møller Hartley as PI. Looking at datafication and the transformations of journalism and the news ecosystem, the project aims to unravel the complex relationship between the transformations of journalism and the changes in the formation of publics through journalistic and audience practices. Working closely as a core group, we are all involved in the project as a whole, but I will in particular be responsible for the subproject on audience engagement practices and personalization, drawing on my experience with qualitative methods and especially protocol analysis.