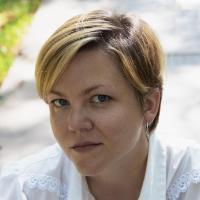 My PhD project is a theoretical and empirical exploration of gendered discourses in the contemporary Russian media, within the framework of Critical Discourse Analysis. The roots of the project are feminist, critically approaching the patriarchal power structure in Russia (built on traditional values) that largely oppresses the rights of women and suppresses their voices in mediated, online contexts. The first empirical part of the project focuses on how the ideological project of traditional values influences gendering in the state-controlled media in Russia. Understanding the mainstream media outlets as operating within the media systemic structure of the authoritarian model, I am examining how the hegemonic narratives of heteronormativity and conservatism in terms of gender roles are mediated in a propagandistic and disinformative manner. The second part approaches the counter-discourses that potentially arise in the independent media, challenging the state narratives.