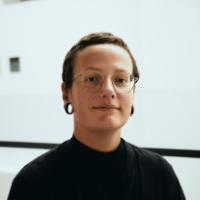 In my ph.d.-thesis I examine Danish journalism on Faroese abortion lgeislation, and how the Faroe Islands and their position in the Danish reealm is presented. Focusing on how political authority in the Faroese Løgting and the Danish Folketing is framed, and how geography and climate is argumentatively employed to describe Faroese culture and its religious aspects, I explore how agency is understood and negotiated in a selection of examples of contemporary journalism.

My theoretical basis is a rhetorical understanding of abortion as a Sign of Pathology", as described by Nathan Stormer in his 2015 by the samee name: when abortion practices and legislations are criticised, this critique presents the given society as unwell and underdeveloped. When this hierarcisation between biopolitical paradigms intersects with the asymmetrical geopolitical relationship between the Faroe Islands and Denmark, I considr the issue of abortion rights to be a productive point of enquiry for viewing public discourse about the Faroe Islandsæm Abortion is a prism for a widened perspective regarding agency, power and societal differences in the Danish realm.

My central is thus the intersection between biopolitics and geopolitics. I am writing a monograph with the working title "Autonomy's Double-bind", where I am analysing Danish journalism and its coverage of bodily autonomy versus national autonomy in the Faroe Islands. I also have to publications underway regarding the Faroese reproductive rights movement and its constitution of "rhetorical reproductive citizenship", and a chapter on a theatrical performance of Faroese disability history.

I will in 2022 be participating in Danish Gender Studies' annual conference (18th-19th of August at the University of Copenhagen), the Nordic Conference for Rhetorical Studies (12th-14th of October at Örebro University), andd NCA's 108th Annual Conference (17th-20th of November in New Orleans).