Professor of Rhetoric Christian Kock has just published his book Rhetorical Deliberation: Arguing about Doing in the open-access series Windsor Studies In Argumentation (WSIA). The book collects 20 of his articles on argumentation, political debate, etc., mostly published over a period of several years, but it also includes new pieces, including a new-found dialogue between Socrates and the sophist Gorgias.

It can be downloaded for free or ordered in hard copy through Amazon at the website of WSIA, which is based at the Centre for Research in Reasoning, Argumentation and Rhetoric at the University of Windsor, Canada 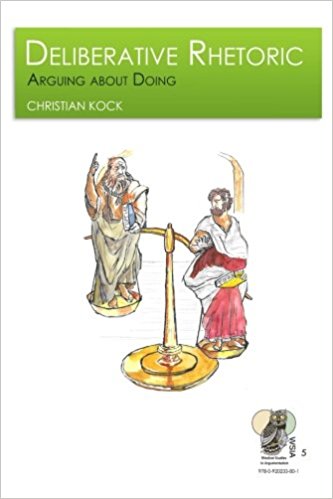