The event is open to the public (via Zoom). Register by email to ebbersmeyer@hum.ku.dk or rosa.burr@hum.ku.dk. 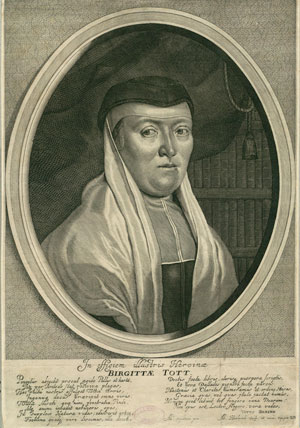 In the early modern period, Birgitte Thott (1610-1662) was considered the most prominent Danish female philosopher and was a fixture in catalogues of learned women (lærde fruentimmer) popular in the 1700s. A translator of Seneca, Thott also authored an unpublished treatise on Stoic moral philosophy, Om et lyksaligt liv. She dedicated her Seneca translation to women and included a chapter in her treatise on why women ought to be allowed an education. Thott was deeply rooted in the intellectual contexts of Denmark-Norway, receiving praise from not only learned men of her time, but also teaching, learning from and collaborating with other women.

From the beginning of the 19th century, however, the memory of Thott, her circle of female intellectuals and the genre cataloguing them fell out of favor. Both Thott and the genre have largely been overlooked by modern scholarship (except the extensive work by Alenius), especially within philosophy. What has been forgotten is that the early modern period in Denmark-Norway was not only home to many more women intellectuals than is often supposed, but also to incredibly revealing discourses on women’s abilities, right to education and relationship to philosophy and reason, both within and beyond the genre of catalogues.

The question is, what did these discourses and contexts look like? What were the views on women intellectuals in Denmark-Norway in the early modern period? And what, if anything, changed in 1800? This workshop takes up these and other questions by investigating the following areas: