The Hong Kong crisis - from local conflict to global challenge 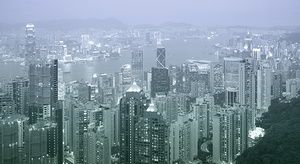 This public seminar explores the political crisis in Hong Kong from multiple perspectives, including its local, regional and global implications.

After several months of pro-democracy demonstrations in Hong Kong, unrest in the territory shows no sign of dying down. The protests began in June against a proposed bill to allow extradition to mainland China, due to distrust of the Chinese judicial system among Hong Kongers.

Although the Hong Kong government recently decided to withdraw the bill, demonstrations continue to demand democratic rights and an independent investigation into police violence.

Jens-Erik Mai, Head of Department of Communication, University of Copenhagen

Miklós Sükösd will discuss local cultural and political aspects of the Hong Kong conflict. He will also address communication aspects such as privacy concerns of demonstrators, and the international soft power efforts and the propaganda war around the crisis. How does censorship in mainland China affect the media presentation and public perception of the crisis in Hong Kong?

Yang Jiang will discuss topics related to the economy of Hong Kong, including the Closer Economic Partnership Arrangement between the mainland and Hong Kong; China's Greater Bay Area development plan, and Hong Kong's economic restructuring. She will also discuss how economic issues, in particular real estate development and inequality, play a part in the current crisis.

Organizer: Co-organized by the Department of Communication, and the Nordic Institute of Asian Studies (NIAS) at the University of Copenhagen, in collaboration with the Danish Institute for International Studies (DIIS)