Reckoning and Judgment – The Promise of AI 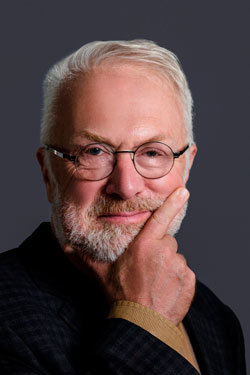 New developments in Artificial Intelligence, particularly deep learning and other forms of “second-wave” AI, are attracting enormous public attention, with triumphalists predicting that human-level AI is “just around the corner.”

As a first step in this direction, I distinguish two kinds of intelligence: (i) “reckoning,” the kind of calculative rationality that computers excel at, including both first- and second-wave AI; and (ii) “judgment,” a form of dispassionate, deliberative thought, grounded in ethical commitment and responsible action, that is appropriate to the situation in which it is deployed.

AI will develop world-changing reckoning systems, I argue, but nothing in AI as currently conceived approaches what is required to build a system capable of judgment.

Brian Cantwell Smith is Reid Hoffman Professor of Artificial Intelligence and the Human at the University of Toronto, where he is also Professor of Information, Philosophy, Cognitive Science, and the History and Philosophy of Science and Technology, and a Senior Fellow at Massey College.

Smith’s research focuses on the philosophical foundations of computation, artificial intelligence, and mind, and on fundamental issues in metaphysics and epistemology.  In the 1980s he developed the world’s first reflective programming language (3Lisp).  He is the author of *On the Origin of Objects* (MIT Press, 1996), and of *On the Promise of Artificial Intelligence: Reckoning and Judgment* (MIT Press, 2019).

Smith holds BS, MS and PhD degrees from the Massachusetts Institute of Technology (MIT).  From 1981–96 he was a Principal Scientist at the Xerox Palo Alto Research Center (PARC) and Adjunct Professor of Philosophy at Stanford University.  He was a founder of the Center for the Study of Language and Information at Stanford University (CSLI), a founder and first President of Computer Professionals for Social Responsibility (CPSR), and President (1998–99) of the Society for Philosophy and Psychology (SPP).  From 1996–2001 he was Professor of Cognitive Science, Computer Science, and Philosophy at Indiana University, and from 2001–03 was Kimberly J. Jenkins University Distinguished Professor of Philosophy and New Technologies at Duke University, with appointments in the departments of Philosophy and Computer Science.  He moved to the University of Toronto in 2003, initially serving as Dean of the Faculty of Information from 2003–08.