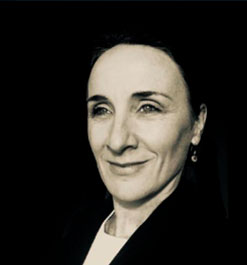 Statistics published t::y the European Audiovisual Observatory indicate that fi m and television co¬production is an increasingly significant feature of the European audiovisual landscape. Yet our understanding of this important practice remains fairly limited.

Scholarly works tend to focus on analysing and critiquing published data, films, policies and regulations. Whilst reports generated by public agencies are naturally oriented towards policy evaluation - analysing amalgamated production statistics as a manner of assessing the overall effectiveness of policy in meeting its stated aims. The production sector on the other hand discusses co-production predominantly in subjective terms and at the micro-level - the practical implications of co-production for individual filmmakers and the strategies e-nployed by them to negotiate policy, legal and financial frameworks. Each of these perspectives is important and valuable. Missing from the literature, however, has been a holistic approach that would bring these three domains into dialogue.

This is precisely the ambition behind European Film and Television Coproduction. The voices of industry practitioners, policy professionals and scholars have been assembled within a single volume, so that the complex issues underpinning co-production might be elucidated. Scholarly articles sit alongside policy reports, and interviews with public policy professionals sit alongside production case-studies. In this manner, issues are examined from different angles, shedding light on the intricate interface between production and policy.

This lecture springboards on the book to circumnavigate the subject of European film and television co-production from a multi-disciplinary perspective. I will introduce various conceptual typologies ot co-producticin, examine the regulatory framework for the most prevalent type - policydriven official co-production, and then drill down to look at concrete examples of that practice and what these reveal about the production-policy interface. Finally, I will reflect on the value of combining qualitative and quantitative methodologies in production industry research.

Julia Hammett-Jamard PhD is co-founder of the Co-production Research Network. Her career spans film and television production, policy and research. She has produced and directed progranis for the Special Broadcasting Service (SBS-TV Australia), occupied senior policy positions at the Australian Film Conunission and Screen Australia, and held visiting fellowships at the Sorbonne Nouvelle (Université Paris III) and the British Institute in Paris (University of London) Julia holds a PhD in Social Sciences, Media and Conummication, has consulted as national expert for the European Audiovisual Observatory and is a member of the Steering Committee for the PAS Scholar in Residence Program.