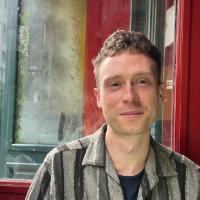 I work on a PhD-project called ‘Metacognitive control and skilled agency’. The project is supervised by Thor Grünbaum and is a part of the larger research project ‘The functional role of perception of movements’ directed by Mark Schram Christensen at the Centre for Neuroscience, University of Copenhagen.

Clinical and performance psychologists increasingly stress the importance of metacognitive control. This control is important for both supporting mental health and securing optimal performance under stressful situations. My PhD-project investigates the nature of this control, with a particular focus upon its philosophical dimensions. This involves questions such as the following:

In general, my research interests are in philosophical psychology and philosophy of mind. I have a particular interest in topics such as:

I have also done research in bioethics on genome engineering, moral bio-enhancement, and public decision-making on bio-technologies.

I am a meditation instructor and editor at the platform Regnfang (www.regnfang.nu). Regnfang publishes podcasts on different topics relating to the human mind (involing perspectives from scientific reserach, poetry, music, and other domains).