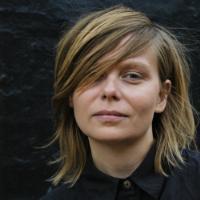 I am employed as a PhD student under Associate Professor Casper Tybjerg with the project ”Palladium in a transnational perspective” (start 01.02 2019)

My project concerns the history of the Danish film production company Palladium and their transnational mode of distribution and marketing in the 1920’s. It is part of a collaborative research project on border-crossing film culture between Denmark and Germany in the 1910’s and 1920’s and involves senior researchers from University of Copenhagen, University of Cologne and The Danish Film Institute. The collaborative research project is part of a major digitization and dissemination project concerning the Danish silent film heritage. A donation from the A.P. Møller Foundation, Aage and Johanne Louis-Hansens Foundation and the Augustinus Foundation fund the entire project.
The Danish Film Institute is the external financier of my PhD project.