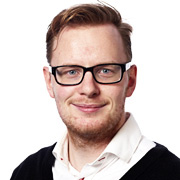 CEEC
I am a part of the research project Convergent Ethics and the Ethics of Controversy (CEEC), funded by the Novo Nordisk Foundation. The project runs over three years from February 2018, and consists of one senior researcher, three postdocs, one PhD student and a number of research assistants. Generally speaking, CEEC investigates popular skepticism towards new technologies from an ethical, a psychological and a political-philosophical point of view:

Apart from these three main topics, we will perform ethical reviews of new developments in a number of areas of biotechnology, in collaboration with researchers from the relevant sciences.

Democratic legitimacy and factual disagreement
I am responsible for part 3 of CEEC, on political philosophy. The point of departure is the existence of disagreements about policy-relevant matters of fact, e.g. with respect to technologies, climate change, gun control or the state of the economy. There are two types of disagreement: (1) Between different political-ideological groups of citizens, and (2) between experts in a given field and (large sections of) the population. These disagreements give rise to a number of questions concerning democratic legitimacy:

I address questions such as these, both from a general point of view and as relates specifically to the case of technology regulation.

Risk
Risk is an important aspect of new technologies from an ethical point of view. I work on connecting three types of discussion that are frequently run separately: The ethics of risk, approaches to risk regulation, and risk perception. In the intersection of these topics lie a number of interesting and under-discussed issues that I work on, such as:

Genetic modification and food ethics
It is well known that there is an at-times heated debate on the use of genetically modified crops in agriculture. This debate is intermingled with broader debates on what kind of food production system we want. I participate in this debate by working on topics such as the following: