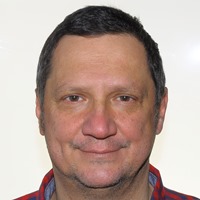 Miklos served in major international media research and consultancy projects, including Chair of the COST A30 Action "East of West: Setting a New Central and Eastern European Media Research Agenda", and key expert and team leader in the European Union's "Independent Study on Indicators for Media Pluralism in the Member States". His research interests include media in Central and Eastern Europe, Russia and China; and environmental communication. He has published over 20 books and many book chapters and journal articles. Miklos has an MA in sociology from Harvard University and a Ph.D. in political science from the Hungarian Academy of Sciences. He has received several international research awards and fellowships (including Fulbright Fellowship at Columbia University; Japan Foundation Fellowship at the University of Tokyo; ACLS Research Scholarship at the Woodrow Wilson Center, Washington, D.C.; and a General Research Fund grant, Hong Kong). He has also served as co-convenor of the research priority area  “Media and Communications in Transition Societies” at the University of Copenhagen.

Miklos is a participant in the PIN (People's Internet) project, supported by the Carlsberg Foundation. He is also a researcher of the Jean Monnet Network "Post-Truth Politics, Nationalism and the (De)Legitimation of European Integration" between 2020-2022. He also serves as co-director of the "European Culture and the Media" research group at CEMES (Center for Modern European Studies) at the University of Copenhagen.

His recent books include