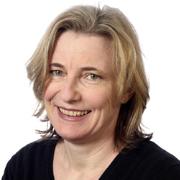 I’m also member of the editorial board of the Journal of Media, Cognition and Communication (2015-), where I’m responsible for the contributions in philosophy.

Finally, I’m responsible for the Women-mentoring-women in philosophy program for female staff and students affiliated to philosophy.

I’m member of several academic societies dedicated to philosophy and the history of philosophy. From 2017-2019, I was member of the board of the Netværk for kvinder I filosofi.

Since September 2019, I’m the president of the European Society for Early Modern Philosophy (ESEMP).

In November 2019 I start a new reasearch project with two PhD students funded by the "Independent Researchfund Denmark" (DFF) on the topic:

"Archeology of the Female Intellectual Identity (Denmark and Germany, 1650-1800)" (AFII)

I’m working primarily in the field of Renaissance and Early Modern philosophy, on Telesio, Descartes and Leibniz. I’m interested in problems in philosophy of mind, especially concerning the role and function of emotions in understanding cognition.

I’m also interested in the tradition of female philosophers of the Renaissance and the Early Modern period (especially Christine de Pizan, Isotta Nogarola, Arcangela Tarabotti and Elizabeth of Bohemia) and in the question how to integrate women philosophers to our standard accounts of the history of philosophy.

I’m currently working on radical women in early modern philosophy, on the identity of the female intellectual and on Telesio’s vitalistic understanding of the passions.