REACTIK is a cross-border project, part of the Jean Monnet Network, that explores Cultural Diplomacy and its emerging scope mainly from the last ten years (the 2010s).

It aims to create fruitful and vivid discussions about European Integration studies with diplomats, practitioners and academicians. Its objective is to debate about:

All these questions - and many more - are being discussed during the three-years-project (started January 2019) with the intent to establish the EU Cultural Diplomacy Research as a new sub-discipline within the EU studies.

The project develops an inter-regional, collaborative academic space with an extensive network of institutional Resource Centres (RC) in which researchers and practitioners engage in collaborative research, mutual learning and cross-fertilisation processes.

The term Cultural Diplomacy enjoys a wide range of definitions, in a way that allows it to be looked at from various disciplines.

According to The European Union Cultural Diplomacy, within the field of cultural relations, “engages and empowers local actors to facilitate the creation of spaces for mutual understanding via intercultural dialogue, facilitates reconciliation and foster peaceful inter-community relations, reinforces the role of culture as an engine for sustainable social and economic development and promotes cooperation on cultural heritage.”

Cultural Diplomacy, as per the Institute of Cultural Diplomacy has been defined, “as a course of actions, values, traditions and other aspects of culture or identity, whether to strengthen relationships, enhance socio-cultural cooperation, promote national interests and beyond; Cultural Diplomacy can be practised by either the public sector, private sector or civil society."

When Europe engages with the world, culture has to be at the core of our foreign policy. Culture can help us fight and prevent radicalisation. But it can also foster economic growth. It can strengthen diplomatic relations and mutual understanding.

From a European perspective

Simon Marks (2009) defines Cultural Diplomacy as, “ a diplomatic practice of governments – mostly single governments, but also groups of governments such as the European Union, and sub-national governments” (p. 51). Tim Rivera (2015) adds that “Cultural Diplomacy utilises cultural content in its programming, but takes an advocacy approach to support policy objectives and advance national interests" (p. 53). In addition, Torbbiani and Schuntnz (2018) mentioned that “once cultural stakeholders make use of EU funding and technical support, they take part in implementing EU policy objectives, regardless of whether they perceive themselves as EU agents or not. In this sense, the agents of EU Cultural Diplomacy can be very diverse, and so can be the types of cultural activities they undertake” ( p. 7).

Here, Cultural Diplomacy Theory helps to answer such needs as cultural cooperation is an instrument to improve mutual understanding and promote genuine intercultural dialogue and share a commitment to the preservation and promotion of cultural diversity.

The purpose of the toolbox is to provide tools by scholars seeking to explore EU foreign policy and to understand the essential element of cultural diplomacy within it.

This toolbox works as a roadmap for scholars who wish to investigate and examine the EU Cultural Diplomacy impact or influence. This work offers various perspectives, theoretical approaches and angles through which the EU actions in this field might be looked at, with the hope that it will assist scholars in evaluating the EU cultural diplomacy.

It is to stress that this toolbox is not an analysis of the EU CD Policy, but rather an assistive tool in the hand of the researcher.

Some questions you can find inside this toolbox

The REACTIK Toolbox will be available soon.

Participation from the University of Copenhagen 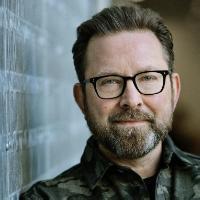 Henrik Jochumsen is associated professor at the Department of Communication, University of Copenhagen. He has done extensive research on cultural policy.

As a cultural sociologist, he is interested in how cultural policy is influenced by the development of society in general and vice versa. In his research, he has special focus on public libraries including library spaces, partnerships between the library and the surrounding community and development of new competencies among librarians.

Within the last two years, he has been engaged in the European research-project: ALMPUB – Archives, Libraries and Museums as Public Sphere Institutions. Henrik Jochumsen has written several books and articles on the public library and he does participate as a consultant in connection with library-projects and new library buildings.